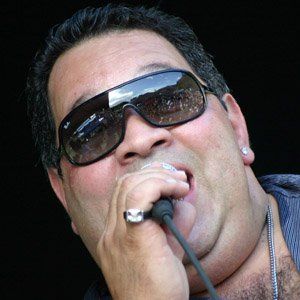 Known for such hit songs as "Sonambulo," "I Like It Like That," and "El Amor Mas Bonito," this Puerto Rican-born salsa music vocalist rose to fame during the 1980s and produced or contributed to nearly forty recordings between 1988 and 2013.

In the early years of his music career, he belonged to a New York salsa band called Orquesta Cimarron. He later performed with Héctor Lavoe's salsa orchestra.

His 2004 album, Fabricando Fantasías, included the hit song "Ya No Queda Nada."

A native of Rio Piedras, Puerto Rico, he was raised primarily in New York City's Brooklyn neighborhood. He and his wife, Irma Nieves, separated in 2012 after raising two sons: Ommy (who died of cancer in his twenties) and Humberto Nieves, Jr.

Tito Nieves Is A Member Of