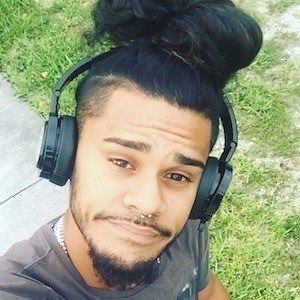 Crowned lip syncer who became known for his comedy videos and sassy persona. He was also known for the occasional musical, setting videos to artists like Lana Del Rey and Tina Charles.

He first began posting to social media in October 2012 when he started posting photos to Instagram.

Outside TikTok, he is known on Snapchat as ComeSnapwitMe.

He was born Herbert Martinez in Miami, Florida, and raised on South Beach. He has two older siblings named Tati Calvo and Carlos Martinez; whom are also active on TikTok.

He created a duet with fellow creator Krissie Mae. He is also good friends with Ashley Soto, aka Ash_Lay.

Titothefirst Is A Member Of