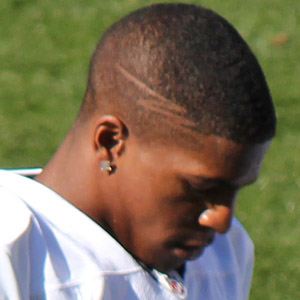 Wide receiver who played for the Detroit Lions from 2011 to 2012 but was cut from the team after numerous altercations, including arguing and fighting with players and coaches.

He was a star wide receiver and defensive back at University High School in Los Angeles before playing college football at Boise State.

He was born to Richard and Teresa Young.

He was suspended for two weeks in 2012 for sucker-punching teammate Louis Delmas.

Titus Young Is A Member Of