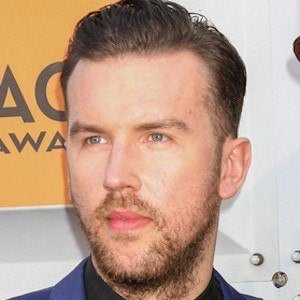 Vocalist known for being the singing half of the country duo Brothers Osborne. Their self-titled debut EP reached the top 25 of the country charts and the 2015 single "Stay a Little Longer" went gold in the US and Canada.

After growing up playing in cover band with his brother John Osborne, the two of them recorded their first song in 2013. Their second single, "Rum," was their first to chart.

He and John were nominated for Vocal Duo of the Year by the Country Music Association in 2015 and followed it up with a 2016 Grammy nomination for "Stay a Little Longer."

He's the younger of the two brothers. They grew up in Deale, Maryland.

The Brothers Osbourne have toured with Miranda Lambert.

TJ Osborne Is A Member Of