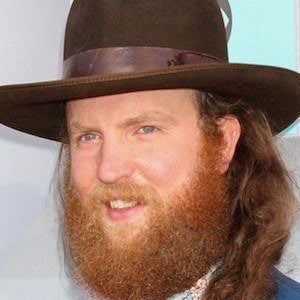 Guitarist known for being a member of the country duo Brothers Osborne alongside TJ Osborne. Their 2016 debut album Pawn Show reached the top 5 of the country charts and the top 20 of the Billboard 200.

He and brother TJ grew up playing at home with audiences made up of local workers.

While in high school, they formed a country cover band called Deuce & a Quarter.

He and TJ grew up in the fishing town of Deale, Maryland. In 2015 he married pop singer Lucie Silvas.

John Osborne Is A Member Of