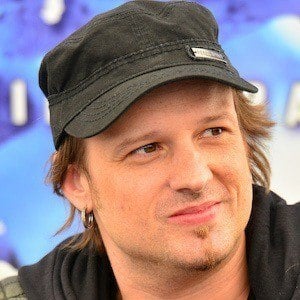 Singer and instrumentalist known for being one of the founding members of the German metal band Edguy. He also founded the band Avantasia.

Edguy was formed in 1992, when he and his bandmates were only 14 years old.

For Edguy's first three albums, he played keyboard and bass for the band as well. He's also played bass for Avantasia.

He grew up in the central German city of Fulda.

Avantasia often plays with guests acts, including the likes of Alice Cooper.

Tobias Sammet Is A Member Of