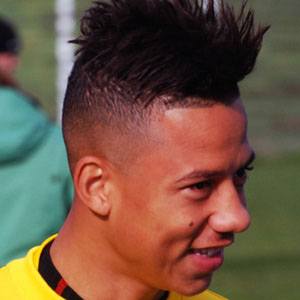 Swedish midfielder who debuted with the Swedish national team in 2012 and is known for his small stature and explosive speed.

He debuted professionally in 2007 for the Swedish club Qviding FIF.

He is sometimes compared to English winger Aaron Lennon for his small size and speed.

Tobias Sana Is A Member Of