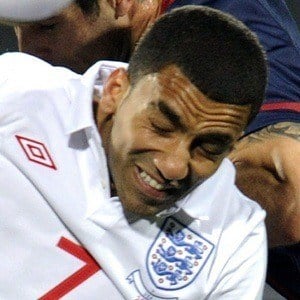 English winger who joined Tottenham Hotspur in 2005 and became a member of the English national team in 2006. He helped lead Tottenham to a Football League Cup Championship in 2007-08. He then went to play for Everton from 2015 until 2018 when he signed with Burnley.

He began his youth career playing for Leeds United Academy at the age of 14.

He was nominated for the PFA Young Player of the Year Award three times between 2006 and 2009.

He was born in Chapeltown, Leeds, England with one older brother and a younger sister and brother.

He joined Frank Lampard on the English national team in 2006.

Aaron Lennon Is A Member Of