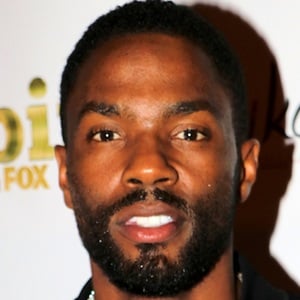 American actor best known for his portrayal of Vincent Jones on the popular soap opera, One Life to Live.

Before he became an actor, he was signed by Ford models and appeared in several well known campaigns, including the "Got Milk?" advertisement campaign.

He appeared in Fantasia Barrino's music videos, "Free Yourself" and "I'm Doin' Me."

Tika Sumpter played his love interest on the popular soap opera, One Life to Live.

Tobias Truvillion Is A Member Of