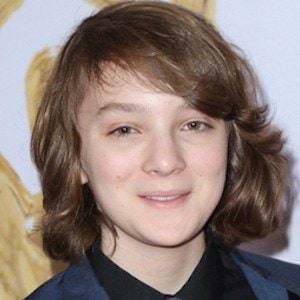 Actor known for his role as TR Macon on the show Underground. He's also appeared in episodes of American Horror Story and Salem.

He started acting in 2012, making his debut in the TV movie Christmas Bully.

He's also an artist and has won multiple stamp design competitions. His movie credits include a minor role in 22 Jump Street.

He grew up in Louisiana with five older siblings.

He appeared alongside Bryan Cranston in the movie Trumbo.

Toby Nichols Is A Member Of