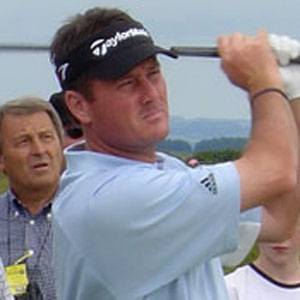 PGA golfer who received the Rookie of the Year award in 2004.

He joined the Japan Golf Tour in 1987, after playing for the University of Oklahoma.

He has two children, Tyler and Kaylee, with his wife Jaque Hamilton.

He defeated Ernie Els in a playoff to win the 2004 Open Championship.

Todd Hamilton Is A Member Of