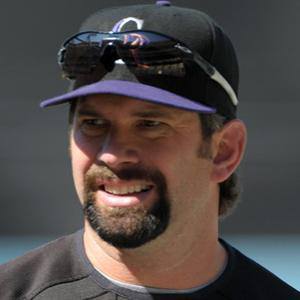 He was the second string quarterback at Tennessee, while the great was third string.

He married Christy Bollman and he has two daughters, Tierney and Gentry.

He played alongside Larry Walker on the Colorado Rockies.

Todd Helton Is A Member Of