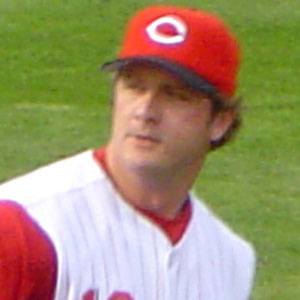 Outfielder who played for eight MLB teams from 1995 to 2006; named the National League Rookie of the Year in 1996 while playing for the Los Angeles Dodgers.

He played high school baseball for Newport High School in Washington, before being selected in the 3rd round of the 1991 draft.

He hit 98 home runs and tallied 401 RBIs during his career.

He married Marci Herges, a teammate's sister, who he met in 2000.

In 2003 he won a World Series with Josh Beckett and the Florida Marlins.

Todd Hollandsworth Is A Member Of