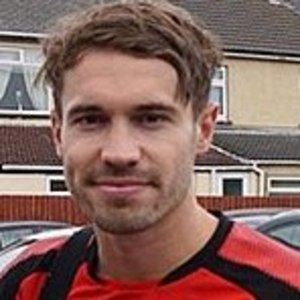 English soccer player known for his play with Shrewsbury Town and Walsall, the latter of which he signed with after Shrewsbury was relegated to League Two.

He spent his youth career with Aberystwyth Town and was called up to the senior squad for the 2008-2009 season.

He made appearances for the U19 and U21 Welsh national teams, scoring three goals in 12 appearances.

Although he was born in England, he grew up in the Welsh town of Tywyn, which qualified him to represent the country internationally.

His League Two debut came when he entered a game as a sub for Jamie Cureton.

Tom Bradshaw Is A Member Of