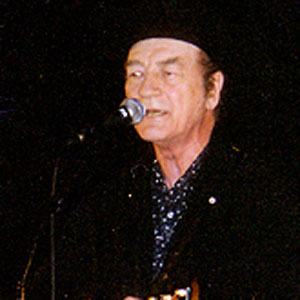 Canadian folk singer-songwriter who has recorded over forty albums and released the songs "Bud the Spud" and "The Hockey Song."

He spent thirteen years hitchhiking across Canada; during that time, he made money by working various part-time jobs.

He earned the nickname "Stompin' Tom" by always stomping his left foot to keep rhythm while playing.

His mother was an inmate at a women's penitentiary where Tom lived with her for a short time as a child.

He was paid tribute in the song "Long in the Tooth" by The Les Claypool Frog Brigade.

Stompin' Tom Connors Is A Member Of