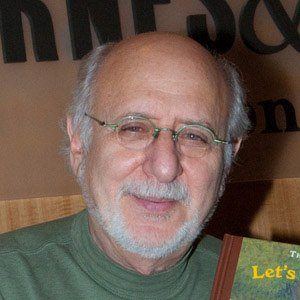 Folk singer with the trio Peter, Paul, and Mary who sang "Puff, the Magic Dragon." In 1982, Yarrow was the recipient of the Allard K. Lowenstein Award.

He first sang with only Mary Travers, taking on Paul Stookey shortly after.

He has been an outspoken political activist for decades and established the anti-bullying group Operation Respect.

He was married to Mary Beth McCarthy from 1969 to 1981. He has a daughter named Bethany and a son named Christopher.

He marched with Martin Luther King Jr. to Washington D.C.

Peter Yarrow Is A Member Of