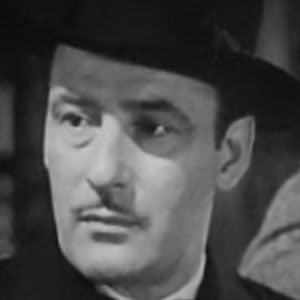 Film and radio figure who became known for his roles in the 1942 film, Cat People, and the 1943 film, The Seventh Victim. He also appeared in Death of a Scoundrel and Voodoo Woman.

He had his first uncredited film role in the 1940 film, Waterloo Bridge.

He brought animated characters to life in the Disney films, 101 Dalmatians in 1961 and Peter Pan in 1953.

He made guest appearances in three episodes of Alfred Hitchcock Presents from 1957 to 1960.

Tom Conway Is A Member Of