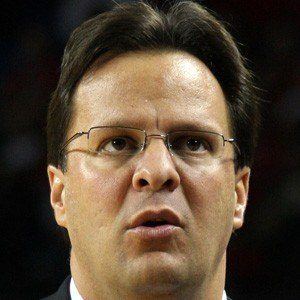 Basketball coach who led the Indiana Hoosiers to a number-one overall ranking in 2013.

He used to work as an assistant coach at Mount Pleasant High School.

He was named national coach of the year by ESPN.com in 2012.

Has three children with his wife Joani Harbaugh; Joani is the sister of football coaches Jim and John Harbaugh.

He previously coached Dwyane Wade at Marquette University, and they reached a final four together in 2003.

Tom Crean Is A Member Of