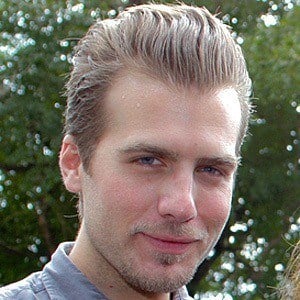 Most well known as one member of the country band Gloriana which rose to fame in 2009 following the release of their debut self-titled studio album. They have since followed with the albums A Thousand Miles Left Behind and Three.

A classical pianist from the age of five, he began studying jazz at ten and at twelve he started playing the guitar. In high school, he started a band called Oblique. Then, in college, he studied guitar at the University of North Carolina.

He has one son, Casimir Latrille Gossin. He works alongside his brother, Mike, in Gloriana. He also has another musical brother, Stephen.

He and the other members of Gloriana met Cheyenne Kimball at a club and not long after, the four of them began writing songs together.

Tom Gossin Is A Member Of