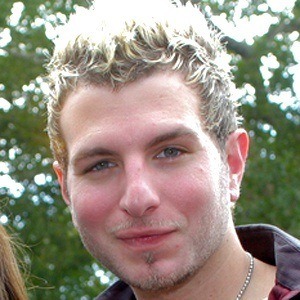 Founding member of the Nashville-born band Gloriana alongside his brother Tom. The group rocketed to fame in 2009 for their hit single "Wild at Heart." That same year they won an AMA for Breakthrough Artist of the Year. Since then, they have released several albums and one EP.

He and his brother both took classical piano growing up. At eight, he went on to learn the drums and by twelve he'd expanded to guitar.

The 2011 Gloriana single "(Kissed You) Good Night" went platinum and peaked at #1 on the US Country charts.

He has two brothers, Tom and Stephen. His nephew, Casimir Latrille Gossin, was born in January of 2016.

Mike Gossin Is A Member Of