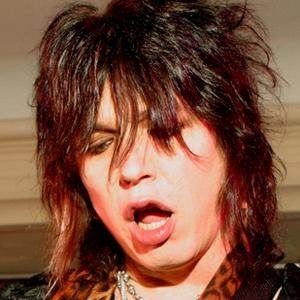 Born into a musical family, he began playing the electric guitar during his junior high school years.

In addition to performing with Cinderella, he released his own album, The Way Life Goes.

He married songwriter Savannah Snow; the couple had a son named Jaiden in 2004.

Tom Keifer Is A Member Of