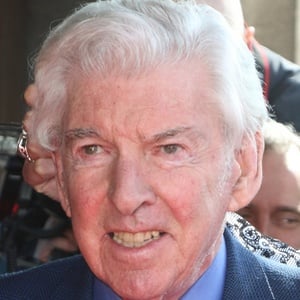 English actor and comedian best known as a performer on Crosswits, The Zodiac Game, Name That Tune, Gambit and other popular TV shows.

He was a mathematics and music schoolteacher at the St. Joan of Arc School in Bootle. He nurtured his performance skills by working as a comedian in working men's clubs in the evening.

His breakthrough came when he was featured on Johnnie Hamp's The Comedians. By 1977, This Is Your Life shined the spotlight on him.

His daughter-in-law, Denise Lewis, won the gold medal in the heptathlon at the 2000 Sydney Olympics.

He appeared on Countdown 100-plus times, a program that was originally hosted by Richard Whiteley.

Tom O'Connor Is A Member Of