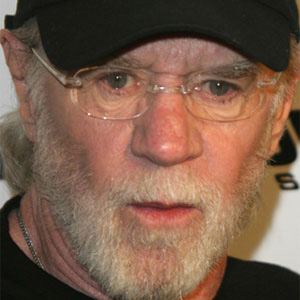 Considered by many to be the greatest stand up comedian of all time, he put out 14 stand-up comedy specials for HBO in his career and was the first host of Saturday Night Live in 1975. He was posthumously awarded the Mark Twain Prize for American Humor in 2008.

He was court-martialed multiple times while working as a radar technician in the Air Force. He started his career in radio with Jack Burns, working for radio station KXOL in Fort Worth, Texas as comedy duo.

Winner of five Grammy awards, he first rose to fame for his infamous "Seven Dirty Words" comedy routine which he first performed in 1972 and which was central to the 1978 U.S. Supreme Court case F.C.C. v. Pacifica Foundation. In 2006, he voiced the character Fillmore for the animated feature Cars.

He was married to Brenda Hosbrook from 1961 until her death in 1997. They had one child, Kelly, together. In 1998 he married his second wife Sally Wade.

Lorne Michaels asked him to host the first episode of his new show Saturday Night Live, which he did on October 11, 1975.