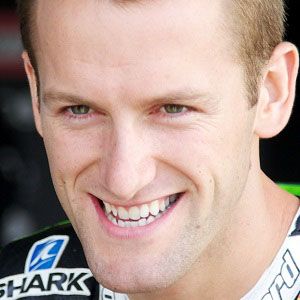 Motorcycle road racer who won the 2009 World Superbike Championship in 2009 after finishing with 4 victories and nine other podiums that season.

He was competing in British Supersport championships starting in 2003.

He won a 2013 Superbike World Championship riding for Kawasaki.

He was born in Huddersfield, West Yorkshire, England. He married Amie Sykes in 2012.

He was a British Superbike racer like Carl Fogarty.

Tom Sykes Is A Member Of