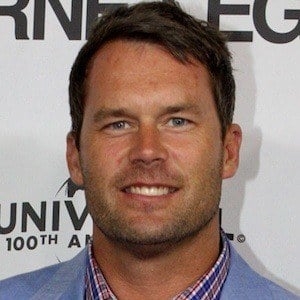 Australian media personality known for being the host of TV shows like The Mole, Gladiators, and Australia's Greatest Athlete.

He previously worked as a construction worker.

He gained attention as a sex symbol after dancing shirtless on Dancing With the Stars.

He married Rachel Gilbert, with whom he has a daughter named Storm.

He appeared in the music video for the Melissa Tkautz song Read My Lips.

Tom Williams Is A Member Of