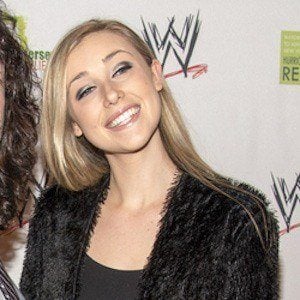 Daughter of WWE Hall of Fame wrestler Mick Foley. She works as a TV presenter for WWE.

She was born two years after her father had his WCW wrestling debut.

She has a strong social media presence, with over 200,000 Twitter followers and more than 1 million Instagram followers.

She has three brothers, Dewey, Michael Jr, and Hughie, and her mother is Colette Christie.

Noelle Foley Is A Member Of