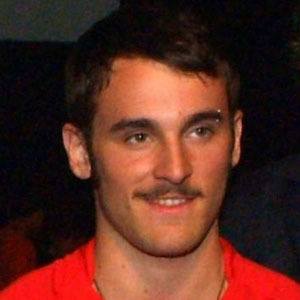 Chilean artistic gymnast who is best known for his performances and competitions in the vault and floor exercises. He is also known for being the first of his country to qualify for a Summer Olympic Game.

With a passion for gymnastics at a young age, he began training professionally in 1994. After continuing to excel in his talent, he compete in his first World Championships in 2007.

He has won several awards for his competitions including four gold medals at a variety of World Cup events. In April of 2011, he was ranked number 1 in the world in Floor and Vault for the first time.

As an Olympic gymnast, he can be seen in relation to other Olympic athletes in the sport including Shannon Miller, Simone Biles, Gabby Douglas, and Nastia Liukin.

Tomas Gonzalez Is A Member Of