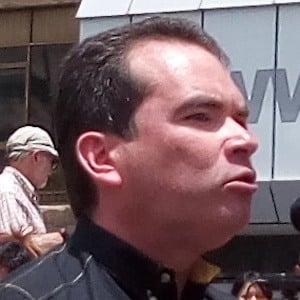 Deputy of the National Assembly of Venezuela, and Secretary General of the party Primero Justicia.

He has a degree in administration and business management from the Rafael Urdaneta University.

He founded the Primero Justicia party in 2000.

He has six brothers. His mother, Corina, raised them alone after his father, politician Manuel Guanipa Matos, passed away. Him and his wife, Lil Rondón, have two sons, Juan Diego and Gabriel.

Julio Borges is also a member of the Primero Justicia party.

Tomás Guanipa Is A Member Of