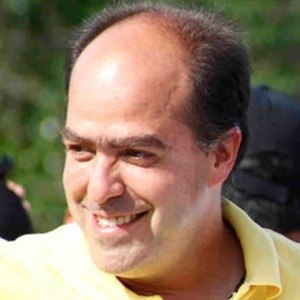 Venezuelan politician and lawyer who is best recognized for being the 8th President of the National Assembly. He is also known for being a co-founder of the political party Primero Justicia.

He studied law at the Andres Bello Catholic University where he graduated in 1992. He also got a master's degree in philosophy from Boston College in 1994 and in public policy from the University of Oxford in 1996.

He is recognized for having had a TV court show called Justicia Para Todos on the Radio Caracas Television network.

He was born and raised in Caracas, Venezuela. He married and has four children.

He, along with Henrique Capriles Radonski and Leopoldo Lopez helped found the Primero Justicia Party in 2000.

Julio Borges Is A Member Of