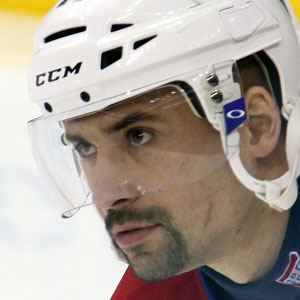 Center who made his NHL debut in 2003 with the Montreal Canadiens and won a silver medal in the 2006 World Champions for the Czech Republic.

He played junior hockey for HC Kladno in the Czech Republic.

He was picked in the third round of the 2001 NHL Entry Draft by the Canadiens.

He married singer Lucie Vondráčková in 2011. They have two children named Adam and Matyas.

Right wing Brian Gionta became his teammate on the Canadiens in 2009 when he came over from the New Jersey Devils.

Tomas Plekanec Is A Member Of