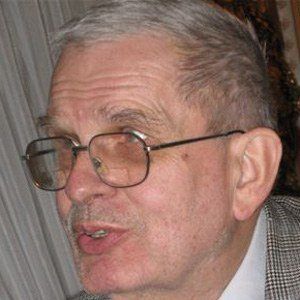 He studied at Tartu University and was influenced by the structuralism he encountered there.

His poetry has been published in English, German, Italian, Swedish, Russian, Polish, Hungarian, Chinese, and other languages.

His father, Antanas Venclova, was a poet and Soviet politician.

He and Czeslaw Milosz were both successful Lithuanian poets.

Tomas Venclova Is A Member Of