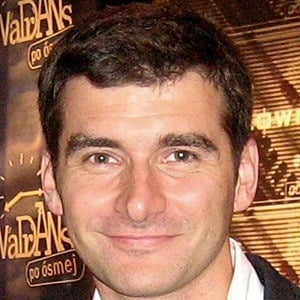 Journalist and television presenter best recognized for co-hosting the Voice of Poland. He has also presented on Teleexpress, Kocham Cię, Polsko!, and Pytanie na śniadanie and competed on the sixth season of Poland's Dancing with the Stars.

After studying at the University of Zielona Góra, he began his presenting career cohosting Filmidło in 1997.

He has dabbled in acting, appearing in the Polish series Długi weekend and the film Stracony czas.

He is the son of Anna Hetmanek-Kamel and Christian Kammel. He has a half-brother, Fryderyk.

He cohosted the Voice of Poland alongside actor Maciej Musial.

Tomasz Kammel Is A Member Of