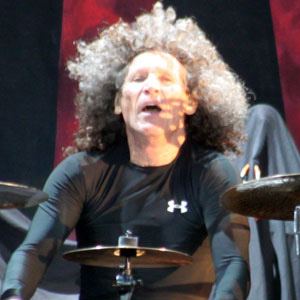 Heavy metal and hard rock drummer who performed with Ozzy Osbourne and Thin Lizzy, among others.

He joined the the 1970s rockers Black Oak Arkansas, spending four years and recording nine albums with them.

In the early 1980s he joined Ozzy Osbourne band, where, though he is credited on the liner notes, he actually did not play the drum solos.

He grew up in the small town of Pear, Mississippi.

He performed with Ten Nugent in the 1990s.

Tommy Aldridge Is A Member Of