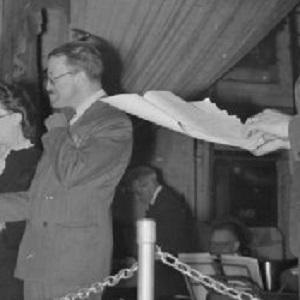 British comedian who was known as the main host of the comedic BBC radio program ITMA.

He served in the Royal Naval Air Service during World War I and started writing radio scripts.

He also starred in the 1944 film Time Flies.

He worked with Bob Monkhouse while writing radio scripts and as a radio broadcaster early in his career.

Tommy Handley Is A Member Of