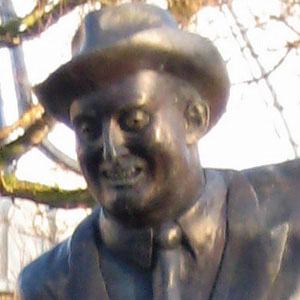 British comedian and singer known for his flamboyant suits and wicked charm. Though he never swore on stage, his risqué jokes often got him into trouble with television and radio censors.

Due to financial difficulties, his family moved constantly and he switched schools a lot. He left school at age 12 and worked many jobs, including delivering milk and becoming a trained motor mechanic.

He volunteered for the army in 1914, and was temporarily blinded for three days, which caused him to provide assistance for the blind after the war.

Growing up, his family called him Harry, even though his birth-name was Thomas Henry Sargent. He married Frances Kathleen Marsh.

He was upset when comedian Jack Benny was given a larger time slot for a performance than he was, so he purposely went over time for 12 minutes.

Max Miller Is A Member Of