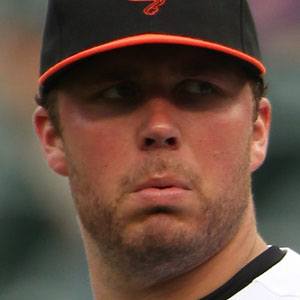 MLB starting pitcher who began his career with the Texas Rangers in 2008.

His major league debut was less than auspicious, as he gave up 6 runs in 5 innings.

He started Game 4 of the 2010 ALCS for the Texas Rangers against the Yankees.

He was born in Indianapolis, Indiana.

He came from the same draft class of 2007 as All-Star pitcher David Price.

Tommy Hunter Is A Member Of