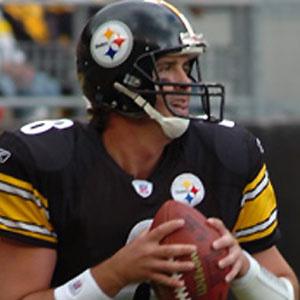 Former NFL quarterback who is best remembered for his run with the Pittsburgh Steelers from 2001 to 2005. Before his NFL success, he was a standout in the short-lived XFL for the Los Angeles Xtreme.

He was drafted 25th overall by the Denver Broncos in 1992, after being a First-Team All-American at UCLA.

He was named NFL Comeback Player of the Year in 2002.

He married Jennifer O'Dell in 1992; the couple has two children, Kacy and Coby.

He was replaced by Ben Roethlisberger during the 2004-2005 season.

Tommy Maddox Is A Member Of