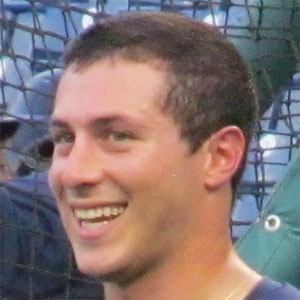 First baseman who made his major league debut with the San Diego Padres in 2013. He represented the United States at both the Pan American Games and the World Port Tournament in 2007.

He played for the AAA El Paso Chihuahuas, where he hit the first grand slam in team history.

He was named to the Cape Cod All-League team in 2008 as a member of the Harwich Mariners.

His parents are Tom and Carole Medica.

He became teammates with left fielder Carlos Quentin in 2013.

Tommy Medica Is A Member Of