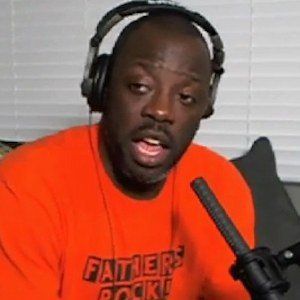 Famous for his MrMadness Sotomayor YouTube channel, this sometimes controversial internet comedian and political and social satirist accumulated 270,000 subscribers. His most popular uploads have such sensationalistic headlines as "Tommy Sotomayor Admits To His Relationship With Caramel Kitten!" and "Woman Gets Pregnant By 13 Year Old Boy!"

He launched his YouTube channel in the Summer of 2012, posting early videos such as "Gabrielle Union Says Dating D Wade Hurt Her Career" and "15 Kids, 1 on the Way, No Man!"

Around 2015, he began filming a comedy feature titled Drugs & Other Love. In addition to his YouTube channel, he hosted a radio talk show and launched a personal website featuring satirical news stories.

Born Thomas Jerome Harris﻿, he spent his early years in Atlanta, Georgia, and later relocated to Phoenix, Arizona. He has two daughters.

He and Ross Everett both rose to fame for their satirical YouTube uploads.

Tommy Sotomayor Is A Member Of