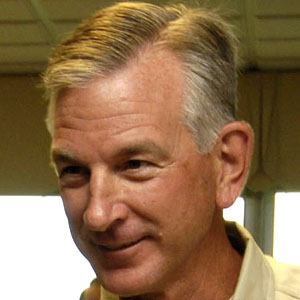 After graduating from Southern Arkansas University with a bachelor's degree in physical education, he held progressively more responsible coaching staff positions at Arkansas State University, the University of Miami, and Texas A&M University.

In 2004, he coached Auburn University's football team to a Southeastern Conference title and a 13 wins and 0 losses season. He was subsequently awarded the Bear Bryant Coach of the Year honor.

He and his two siblings grew up in Camden, Arkansas as the children of Charles and Olive Tuberville. His marriage to Suzanne Fette resulted in sons named Troy and Tucker.

He and Houston Nutt were both head football coaches at Ole Miss (the University of Mississippi).

Tommy Tuberville Is A Member Of