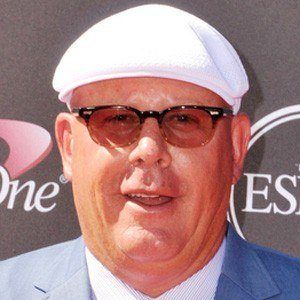 NFL coach who was named head coach of the Tampa Bay Buccaneers in 2019. He helped lead the team to victory in Super Bowl LV. He was named NFL Coach of the Year while serving as an interim coach for the Indianapolis Colts in 2012.

He earned his first coaching position as a graduate assistant at Virginia Tech in 1975.

He served as the offensive coordinator for the Pittsburgh Steelers from 2007 to 2011. He received his first full-time NFL head coaching position with the Arizona Cardinals in 2013.

He married Christine Arians. His son Jake Arians played half a season as a placekicker for the Buffalo Bills.

He coached under Mike Tomlin with the Pittsburgh Steelers from 2007 to 2011.

Bruce Arians Is A Member Of