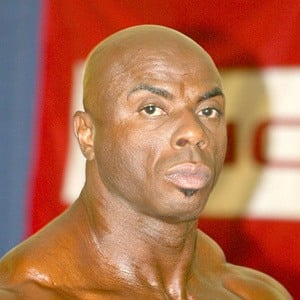 Bodybuilder who has risen to fame as a regular finalist at the IFBB Mr. Olympia competition, including in 5th place in 2008. He later finished in 3rd place at the 2013 Arnold Classic, and 2nd place at that year's Australian Pro.

He made his competitive bodybuilding debut at the 1990 AAU Junior Mr America. He later made his NPC debut in 1993, where he won the NPC Junior Nationals as a heavyweight.

He won the 2007 IFBB Ironman Pro Invitational. He finished in second place at the 2012 Arnold Classic Brazil.

He has frequently competed against Jay Cutler throughout his competitive bodybuilding career.

Toney Freeman Is A Member Of