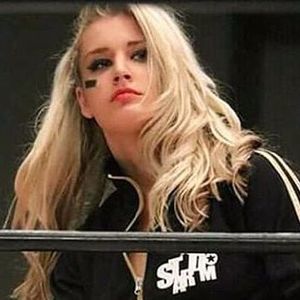 New Zealand-born Australian professional wrestler known primarily for her work on the independent circuit in the UK. She's also competed in Japan.

She started wrestling when she was 13 years old and still living in Australia.

Since becoming a pro wrestler, she's also taught at The All Star Wrestling School UK.

She got engaged to fellow wrestler Tyler Bate in 2016.

She and Jessie McKay are both professional wrestler from Australia.

Toni Storm Is A Member Of