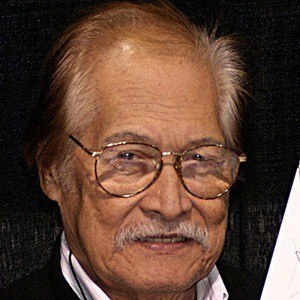 Filipino comic book artist and illustrator best known for his work with Marvel and DC Comics.

He began working for a Filipino magazine called "Liwayway" when he was sixteen years old and became fascinated by the publication's comic strips. He went on to receive a degree in commercial art from the University of Santo Tomas.

He worked on such Marvel characters as Spider Man and the X-Men. At DC Comics, he co-created the character Jonah Hex.

He and his wife, Tina, had a daughter named Sheryl.

He worked with the legendary comic book artist Stan Lee.

Tony DeZuniga Is A Member Of