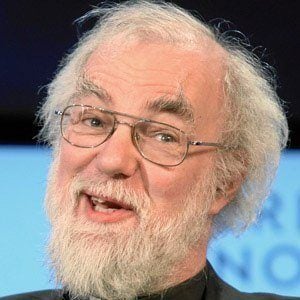 Archbishop of Canterbury who led the Church of England from 2002 to 2012.

He joined the Episcopal ministry with many pinning their hopes he could make the religions accessible to the masses.

He stirred controversy with his comments on Islamic 'Sharia' law, opposing the Iraq war, and supporting the French ban on Muslim headscarves.

His parents were Presbyterians who converted to Anglicanism. He married Jane Williams in 1981.

Justin Welby succeeded him as the Archbishop of Canterbury.

Rowan Williams Is A Member Of