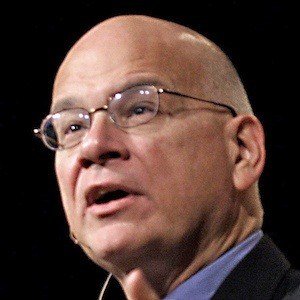 Religious leader who founded the Redeemer Presbyterian Church in Manhattan in 1989. He posts all his sermons to gospelinlife.com.

He attended the Gordon-Conwell Theological Seminary in 1975.

His 2008 book The Reason for God and The Prodigal God is a New York Times bestseller having sold more than 1 million copies.

She married Kathy Keller. Together they have three children named Michael, Jonathan, and David.

Timothy Keller Is A Member Of