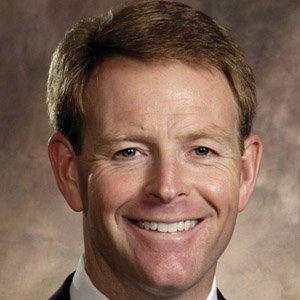 This Republican Party politician and Christian Coalition member served from 1996 to 2004 as a sixty-fourth-district member of the Louisiana House of Representatives. In 2002, he ran unsuccessfully for a Louisiana Republican nomination for the United States Senate race.

After graduating from Liberty University in Virginia, he earned a graduate degree in public administration from Louisiana State University. He also served briefly in the United States Marine Corps.

He worked for a time as a Baton Rouge, Louisiana police officer.

He and his wife, Lawana Lee, raised their five children in the Southern Baptist religious tradition.

He stirred controversy when, as the manager of Woody Jenkins' 1996 Senate campaign against Louisiana Democrat Mary Landrieu, he paid over eighty-thousand dollars to obtain the mail contacts of Ku Klux Klan member-turned-politician David Duke.

Tony Perkins Is A Member Of