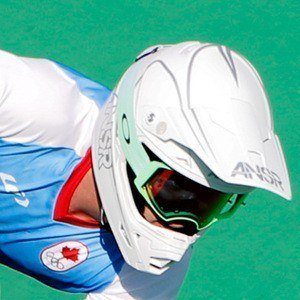 Canadian BMX rider who took home the silver medal at the 2014 UCI BMX World Championships and gold at the 2015 Pan American Games. In 2012 and 2016, he was chosen to represent his home country at the Olympic Games.

He was raised in Coquitlam, British Columbia and idolized hockey legend Wayne Gretzky.

He participated in the 2012 Olympic Games despite having ruptured his spleen just eleven weeks prior.

His father is Canadian and his mother Finnish.

He and Drew Bezanson are both prominent Canadian BMX racers.

Tory Nyhaug Is A Member Of