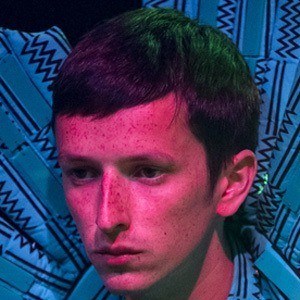 British producer, DJ, and singer whose 2012 debut album, Trouble, earned him a slew of awards, including Debut Electronic Album of the Year from iTunes. He is known to fans for his unique live performances in which he wears a variety of flamboyant costumes.

He became interested in electronic music as a teenager. He later studied at the Junior Royal Academy of Music in London.

He has released well-received remixes of a number of popular songs, including Katy Perry's "Firework" and Disclosure's "F for You."

He was recruited by Blur and Gorillaz frontman Damon Albarn to contribute to the album Kinshasa One Two.

Totally Enormous Extinct Dinosaurs Is A Member Of