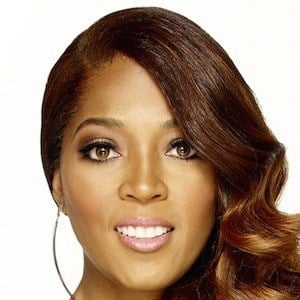 Star of the Bravo reality television series Married To Medicine who works with Nomad MD, the family medical concierge business.

She attended Tennessee State University and graduated from the University of Phoenix before starting her career as a pharmaceutical representative.

She volunteers at church and does philanthropy projects.

She married Emergency Medicine Physician Dr. Eugene Harris III, with whom she has two sons named Ashton and Avery. She raised her younger sister Chynna since she was 10 years old.

Toya Bush-Harris Is A Member Of